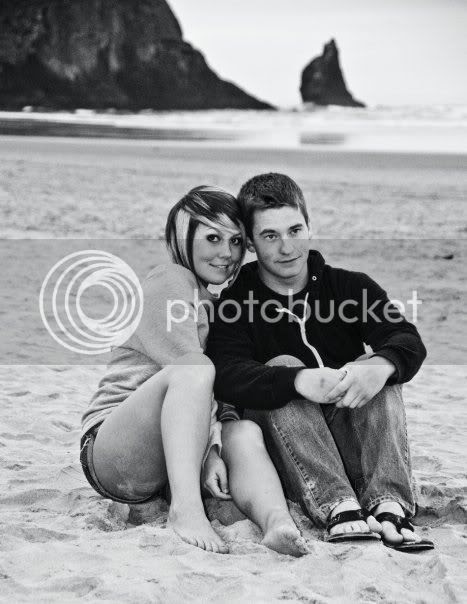 My name is Erin, a twenty something girl who lives in Washington State, 10 minutes from Seattle. I live in a small 1 bedroom apartment, with my boyfriend and of course my two cats. I work with children at a pediatric dental office as a dental assistant. I also work as a waitress on the weekends for some extra money.
My love for cats is still new founded. It hasn't always been this way.  I was always a dog lover.
I grew up with one male cat named "Vern". Vern was my mother's cat, and Vern and I weren't always the best of friends. I remember pulling his tail once and his reaction was to hiss and jump on my head and shoulders, scratching and trying to bite before I quickly shook him off me. I didn't understand Vern. He was an indoor/outdoor cat, and would often disappear for a day or more, only to return later through the cat door. At night time, I was terrified of seeing Vern's "scary eyes" as I walked down the hall to the bathroom. I remember "Kenny", the neighbor cat, sneaking through our cat door and coming in my room while I was in bed. I would shriek for my parents, "KENNY IS HERE! KENNY IS HERE!!!!" and of course, Kenny would run off, most likely terrified of my screaming.
I became so frightened of cats, especially after Kenny and Vern participated in eating my prized gold fish, who's remains were never found but the culprit was clear. I began having nightmares of Kenny and Vern speaking to me, and that did it for me. I slept with my lights on for a year straight.
After Vern died one day, there weren't any more cats in my life.
Until now.  I have completely fallen head over heals for cats. My cats are everything to me. My pets, my best friends, my children, and boy are they spoiled. It is amazing to me that both of these wonderful animals were left out in the cold, and abandoned in shelters.